About the town crest

The small town of Zdar was constructed immediately after the foundation of the monastery in 1252. It used the emblems from the crest of the Lords of Lichtenburk and of Lipe on its seal and then also in its coat-of-arms. These emblems were two crossed, rough-hewn trunks with four knots and a floating carp turned to the right above it. The rough-hewn were originally painted black on a gold coat-of-arms.

When Cardinal Frantisek of Dietrichstein gave Zdar tows status with a document dated 11th June 1607, he improved this crest, with patritioned coat-of-arms with a diagonally divided bottom half. He put six white or silver “pyramides“ in a red field into the bottom right section, representing the coat-of-arms of the parish church in Olomouc. Then there was the original crest of the black, crossed, rough-hewn trunks in gold (the carp was omitted) in the bottom left section. The top half of the coat-of-arms was diagonally divided into a gold red background. Two wine-knives, iron in colour, with golden handles and their edges turned up and out, were placed below and a golden royal crown (the coat-of-arms of the Lords of Dietrichstein).

The sign was improved again  nearly one hundered years later by Emperor Leopold I in a document dated 21st May 1704, confirming the town's privileges and also improving the town's seal. The crest was improved by the Moravian Regional Presidency on 8th July 1706 and Emperor Josef I, confirmed this in a special document on 22nd February 1707. The crest is composed of a quartered coat-of-arms in the right half of which there is the original design from 1607 with  the additing of the coat-of-arms of the abbot of the monastery of Zdar on the left side. 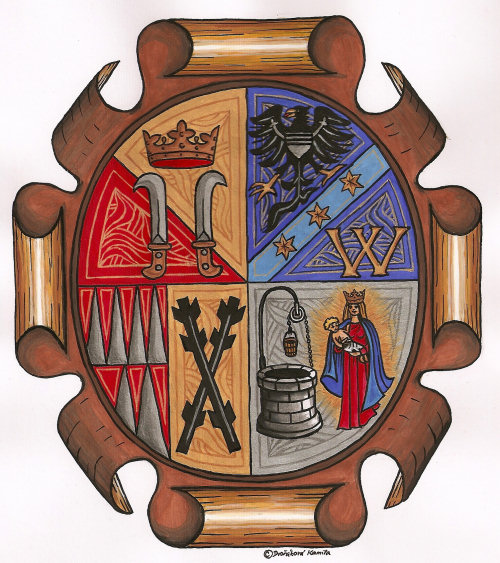 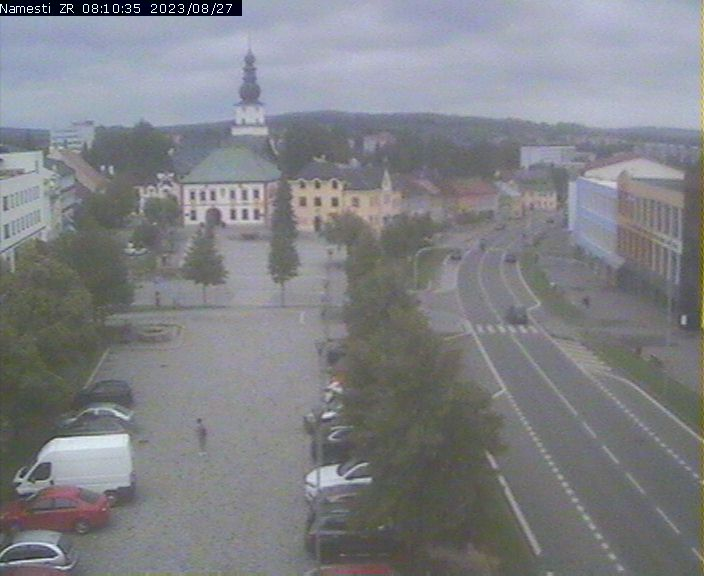 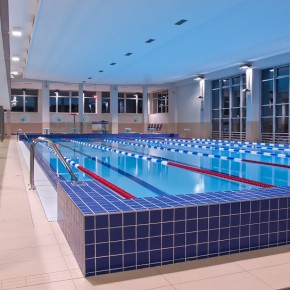